Food waste does not belong in the wastewater system of a ship, not only regarding the efficiency of the system but also from a legal point of view. The handling of food waste is strictly regulated for good reasons, and making it disappear with the help of the sewage system is at best non-compliance. Disposing of ship sewage mixed with food waste on land is in breach of national biosafety regulations and poses a potential biohazard to local communities and the environment. Mixing food waste with wastewater on board a ship already violates Annex V of IMO’s MARPOL convention as such. 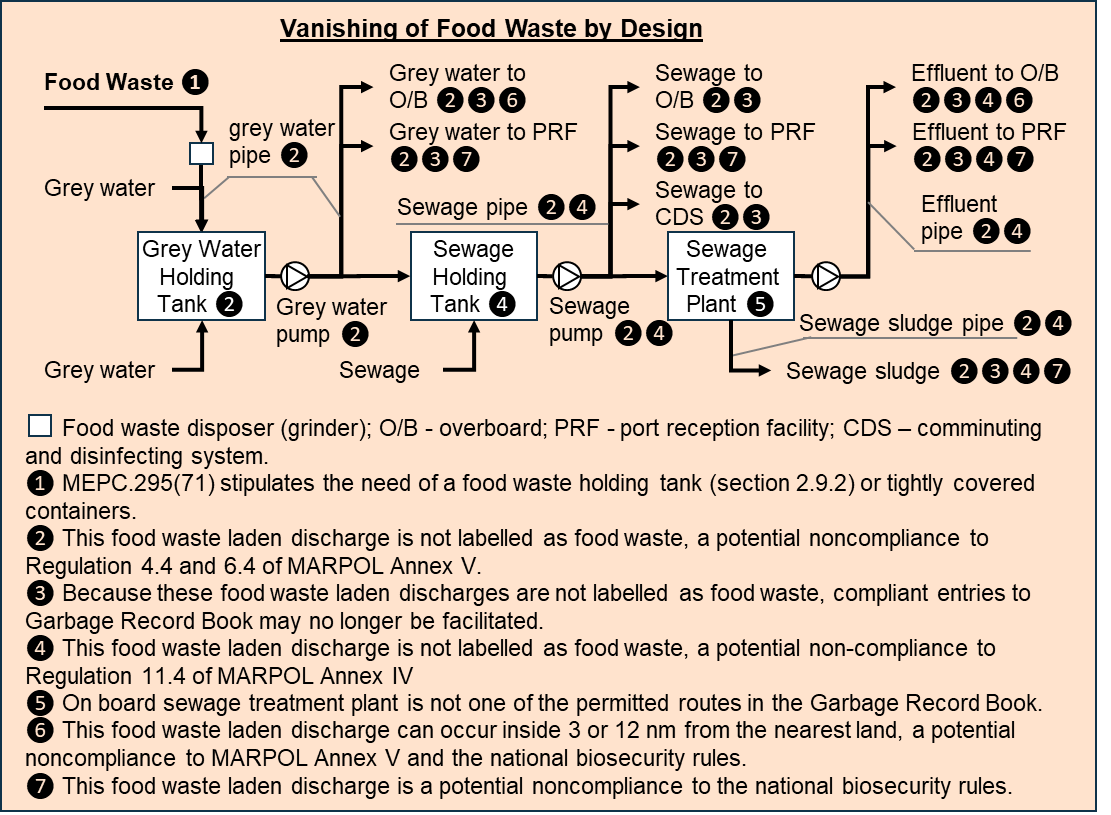