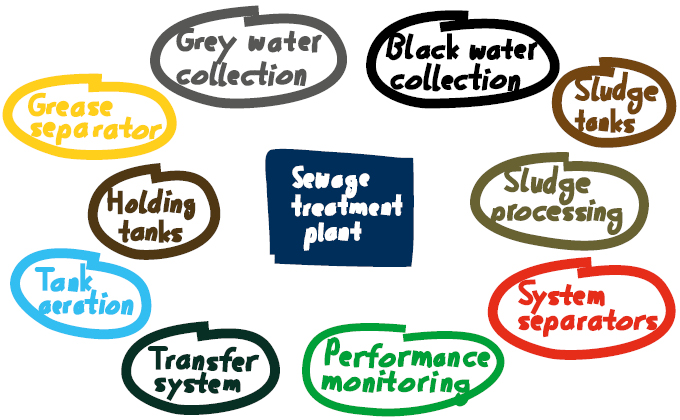 SEWAGE MANAGEMENT IS MORE THAN HAVING A SEWAGE TREATMENT PLANT

Fortunately, it is the intention of many ship owners to reduce the environmental impact of their ships or just aiming to comply with existing regulations. As a matter of fact, these owners are exposed to a high financial risk when the sewage treatment systems on board do not comply with required effluent standards.

Public authorities around the world are getting more and more sensitive to marine pollution by sewage from ships. A recent example is the Maritime and Port Authority of Singapore (MPA Singapore) which has just issued a circular to all owners, managers and masters of Singapore-registered ships in which they point out that malfunctions of sewage treatment plants have been the most frequent reason for ships to be detained by Port State Control in the year 2019 so far.

If a certificate of an operating plant gets withdrawn because it does not meet the required effluent standards, the ship owner might be forced to have it replaced by another plant with a valid certificate and/or to pay a significant fine.

Considering this, we encourage all ship owners and shipyards to look beyond the certificates and to challenge us – the manufacturers – to deliver sewage treatment systems that perform in terms of effluent quality, ease of operation and reliability. We suggest to broaden the perspective and to take a look at what a sewage management system actually is – or should be.

Sewage management is more than having a sewage treatment plant. A sewage management system needs to be designed properly: From sewage collection via sludge handling to effluent discharge. Sewage treatment plants, black and grey water lines, grease separators, system separators preventing microbes from spreading against the flow from waste water lines into fresh water systems, holding tanks, tank aerations, transfer systems, sludge tanks, sludge processing facilities and performance monitoring are all part of the system. Off course, every project is different. Therefore a sewage management system has to be customized to cover the specific conditions on board.

There are a few key factors that influence how well a sewage treatment system performs. First and foremost, food waste and sewage lines strictly have to be separated. Food waste has a much higher BOD5 (Biological Oxygen Demand) value than raw sewage and therefore heavily increases the organic load on the sewage treatment plant. Grey water from galleys needs to run through a properly designed and dimensioned grease separator before being stored in a holding tank. Grease from galleys not only plugs up pipes and sensors, but also catalyzes the build-up process of hydrogen sulfide which is a toxic and extremely smelly gas inside the holding tanks. In the worst case, sulphuric acid may be formed inside the holding tanks which then attacks the piping and leads to a degradation of the effluent values.

Last but not least, the organic load of the sewage treatment plant should be monitored and controlled in order to maintain the organic design-load which was certified. For example, IMO resolution MEPC.227(64) requires a sewage treatment plant to produce the defined effluent values based on a TSS (Total Suspended Solids) value of ≥ 500 mg/l in the influent. Our sewage treatment plants are designed within these parameters but with a margin allowing for varying load situations. Operating the plant for a longer period above this margin leads to reduced treatment effectiveness and therefore a degradation of the effluent quality. In extreme cases, overloading can lead to a complete breakdown of the plant.

For us as a manufacturer it is evident that we cannot leave the planning and design of a sewage treatment system to the customers and just sell them sewage treatment plants. An important part of our business is consulting. The earlier we get involved in a project, the better the results can be. We often do workshops with ship design companies and naval architects before or at the very beginning of a project to improve the sewage management system as a whole. During the detail construction we closely work together with the shipyard engineers on creating the best possible conditions on board in order to operate our systems properly. 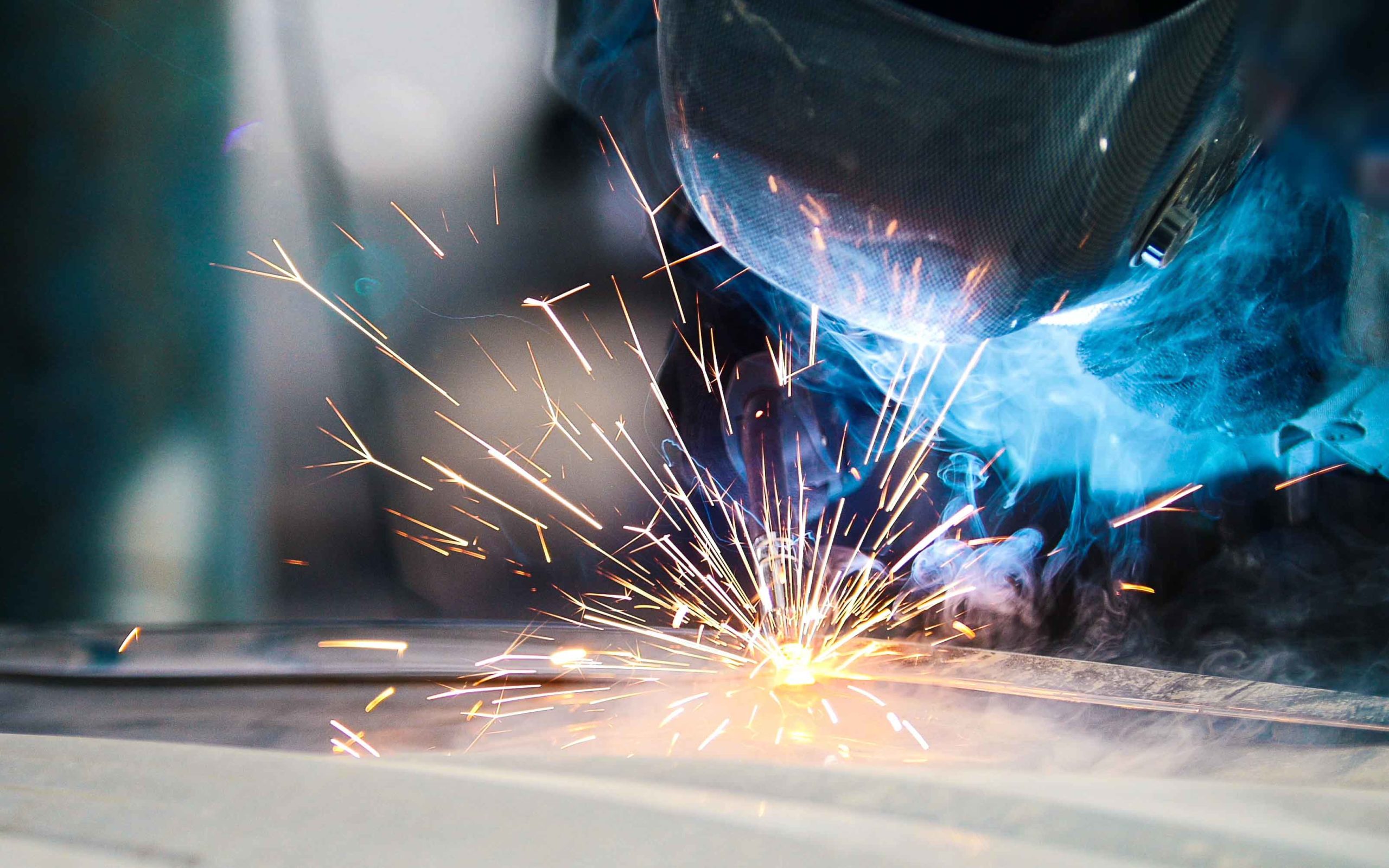 During your training as a metalworker specializing in design engineering at HAMANN AG, you will become familiar with many different production steps. You will finish the individual components such as frames, tanks and pipelines and assemble them into semi-finished systems. You take the correct dimensions from technical drawings and mark them on blanks made of light metal or steel, cut them to size and shape them into the desired form. Then you weld or screw the individual components together. Because a lot of work steps are done manually, you will learn real craftsmanship here.

In our company there are always about three apprentices in different years of training – so you are in good company! 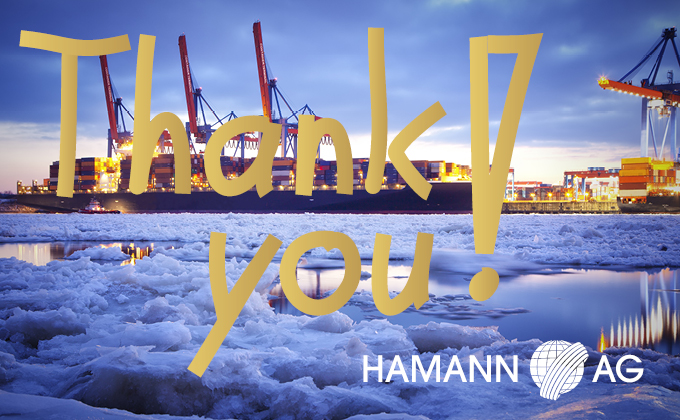 A big thank you to all our customers, partners and friends around the world for an exciting and successful year 2019. We wish you a peaceful holiday season. See you in 2020! 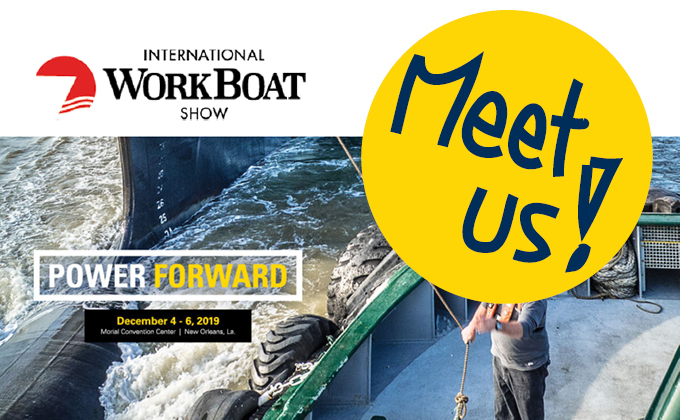 We will be at the WorkBoatShow in New Orleans from December 4-6, 2019. Meet our man Uwe Fredrich to talk about our wastewater management solutions for your upcoming projects. Give him a call or send him an email to schedule a meeting!

It’s time for METSTRADE 2019! Stop by our booth 10.402, SuperYacht Pavilion, meet the teams from HAMANN and Nicoverken Holland B.V. and get all the info on our industry leading waste water treatment equipment. 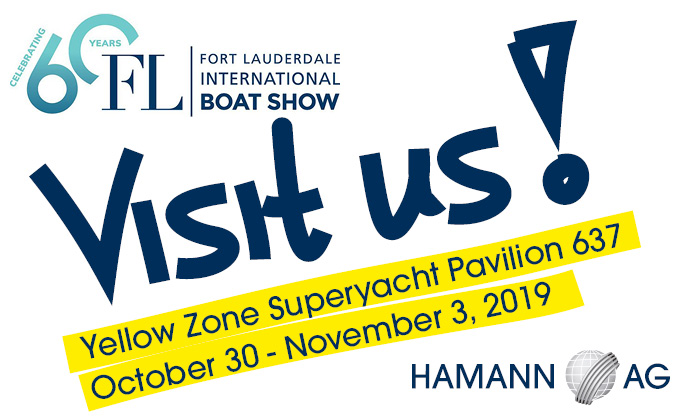 From Octobre 30 to November 3, 2019 the superyacht scene meets again in Fort Lauderdale, USA. Visit us at booth 637 in the Superyacht Pavilion, Yellow Zone. The HAMANN team will be happy to answer your questions about sewage treatment, current regulations and the HAMANN service portfolio.